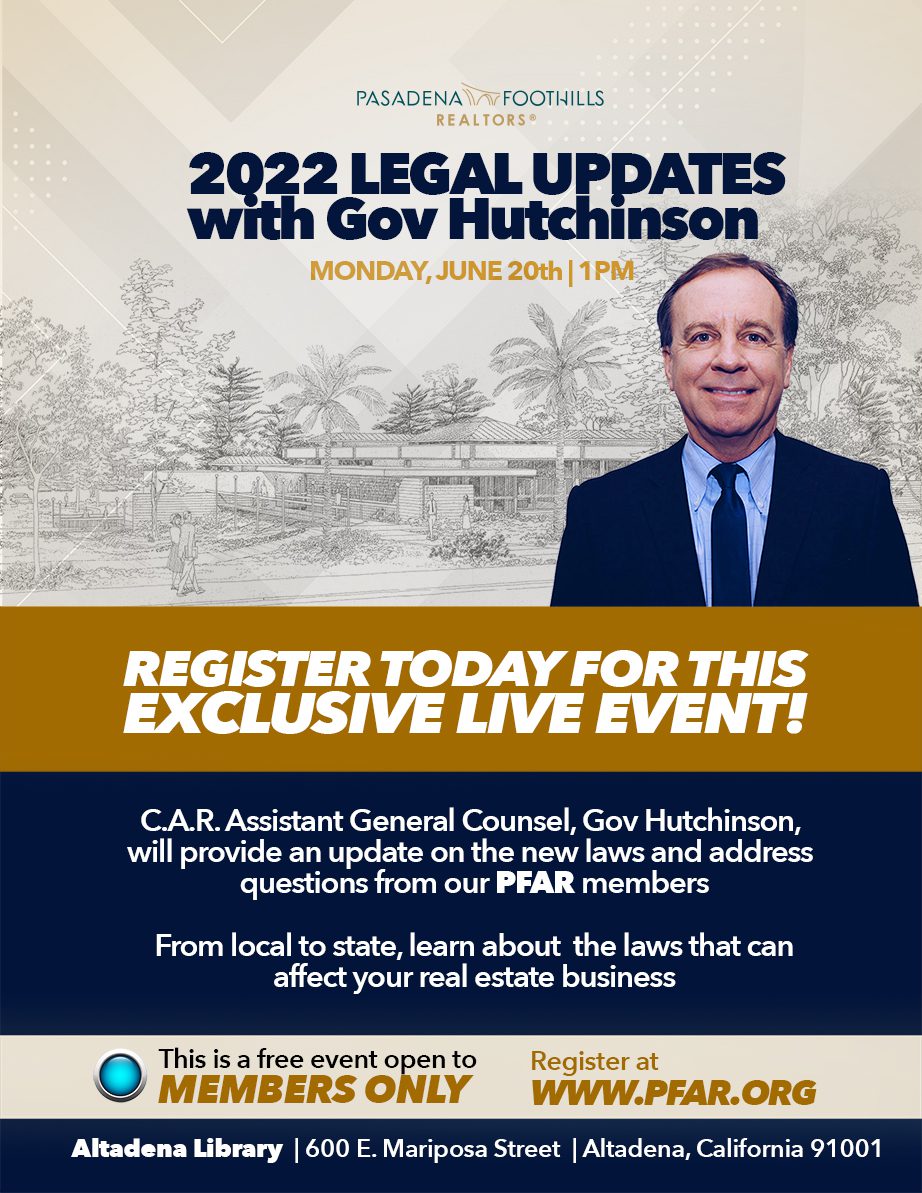 It’s free for members – and open to members only. This event WILL NOT be live-streamed or recorded.

Gov Hutchinson is Assistant General Counsel of the California Association of REALTORS®.  Gov has been with C.A.R. since 1985 and manages C.A.R.’s Member Legal Services Program in Los Angeles. Gov advises REALTORS® through the “Hotline” on all aspects of real estate law, and he trains and supervises other “Hotline” attorneys.  Gov received his Bachelor’s Degree in History from Princeton University and his Juris Doctorate from the University of Pennsylvania.